The technology enabling Alibaba to sell $30.8 billion in Double 11 goods 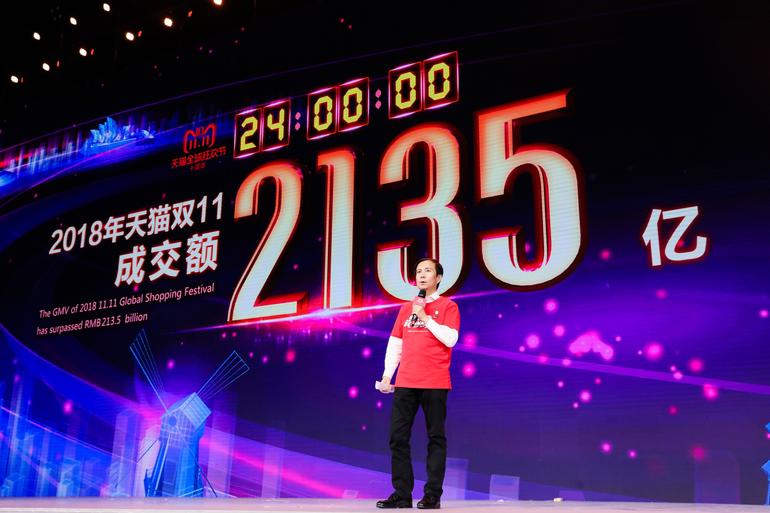 This article is reprint from: ZDnet

In order for everything to stay up, Tmall.com and its ecosystem relied entirely on Alibaba’s technology portfolio, including the use of artificial intelligence (AI) to improve the shopping experience for buyers and sellers, as well as pushing Alibaba’s cloud infrastructure to the limit to process a high volume of transactions.

Alibaba used an intelligent operating platform, DC Brain, to optimise the performance of the 200-plus global internet datacentres (IDCs) hosting its online stores in areas including energy consumption, temperature, energy efficiency, and reliability.

Through machine learning, DC Brain can predict the electric consumption and Power Usage Effectiveness of each IDC in real time, allocating to each to reduce energy consumption.

Alibaba said that through the facility’s use of wind and liquid immersion cooling, energy consumption was reduced by as much as 59 percent.

By 11.35pm local time, orders had surpassed 1 billion and were placed from 230 countries.

Chinese consumers were able to use the Mobile Taobao app for shipment updates on the imported goods ordered on Alibaba’s cross-border e-commerce platform Tmall Global.

Developed by Tmall Global, Alibaba Cloud, and Cainiao, the global tracking system uses Internet of Things (IoT) and blockchain technology to verify products purchased by consumers through dual authentication and two-way encryption, while tracking the real-time location of items through location-based services and GPS.

Alibaba heavily invested in Cainiao Smart Logistics, a central platform to link a network of logistics partners to handle the millions of packages it needs to deliver as a result of 11:11.

Alibaba said the operating efficiency of Cainiao’s smart warehouse is 50 percent higher than traditional ones.

Cainiao also deployed a cloud-based video-monitoring system, Sky Eye Program, that was used by logistics partners during the 2018 festival.

Sky Eye uses cameras in logistics stations across the country, and by using a combination of computer vision technology and Cainiao’s algorithm is able to identify idle resources and abnormalities in the logistics process.

The system sends status updates to human operators in real time, and was touted by Alibaba as smoothing out kinks in the system.

For the first time, Smart Touch, developed by Tsinghua University and the Alibaba Joint Research Lab for Natural Interaction Experience, was made available to assist shoppers that are visually impaired.

The mobile-based technology requires users to download the app and attach a special sheet to their phones.

On the retailer side, Smart Touch, through speech interaction, enabled visually impaired consumers to learn about each product, with the haptic buttons on the special sheet enabling easier mobile interface navigation.

This technology is expected to officially launch early next year.

Alibaba DAMO Academy, a global research initiative by Alibaba, developed an AI translation tool in a bid to remove language barriers between sellers and buyers.

“The AI tool leverages the self-attention model of neural machine translation (NMT), a network system to train large scale linguistic data, and this is the first time it has been applied in such a scale in the e-commerce sector,” Alibaba said in a statement.

“Looking ahead, this AI translation tool will provide valuable support for instant language translation to help facilitate global trade in the near future.”

Merchants on Tmall this year also began to deploy the Alime Shop Assistant, which is an AI-powered customer service chatbot that handled customer inquiries over the 24-hour period.

Alibaba said the assistant was able to provide intelligent services including product recommendations based on buyers’ requests and previous shopping preferences, and update buyers on the status of their shipment, and notifications on when their order will arrive.

ARTIFICIAL INTELLIGENCE BEHIND THE SCENES

180,000 brands and 200,000 offline smart stores participated in the shopping event from Alibaba’s ecosystem in China and around the world. Of that number, 237 brands exceeded sales of 100 million yuan.

The robots selected products to sell according to certain categories and functions.

Through machine learning, AI was used to predict a product’s future sales volume in the weeks leading up to 11.11. Prices were also automatically adjusted in real-time, using reinforced learning.

Before the sale, Alibaba Wood, an AI video-editing tool, allowed some sellers to produce short videos on products listed.

According to Alibaba, the editing tool can determine key content from text, images, and video to generate, in under a minute, a 20-second promotional video.

Addressing media at the conclusion of the event, CEO Daniel Zhang said Alibaba was looking to take the entire consumer retail market digital.

“Over the last two years, we have pioneered the concept of New Retail to accelerate the digital transformation of the offline,” Zhang said of Double 11. “We are excited by the impressive results achieved to date and will continue to be the driving force innovating for merchants and customers in the coming decades.”

New Retail saw technology immersed within bricks and mortar stores, such as a “magic mirror” makeup kiosk that allowed customers, through augmented reality, to visualise what certain makeup items looked like on them before purchasing.

Starbucks also jumped on board this year, with the partnership leveraging Ele.me’s on-demand platform to pilot delivery services in Beijing and Shanghai. Starbucks and Hema created Starbucks Delivery Kitchens specifically for order fulfilment on the day.

Within 20 seconds of the sale starting at midnight on Sunday, GMV had exceeded 1 billion yuan — $155 million — with buyers taking only one and a half minutes to spend $1 billion.

The total GMV generated during the 24-hour sale was 213.5 billion yuan — $30.8 billion — representing a 27 percent increase year on year.

The top five countries selling to China by GMV were Japan, the United States, Korea, Australia, and Germany.

Disclosure: Asha McLean travelled to 11.11 in Shanghai as a guest of Alibaba